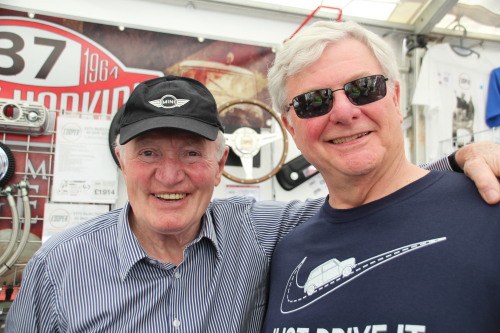 I'm back from MINI Takes The States 2014!  I only did 2.5 legs of the Rally this year . . . traveling down to Memphis TN and then back up through St. Louis, MO, my hometown of Bloomington, IL and then just short of Chicago, IL.

The Illinois stretch of the trip was on historic Route 66.  Here a a few pictures of my trip.  More of  them will be put into photo albums on this blog. 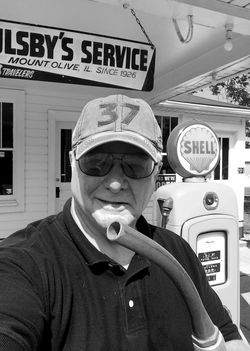 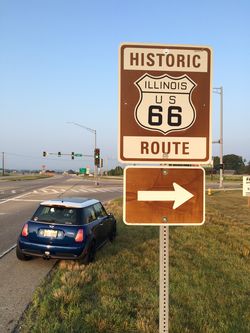 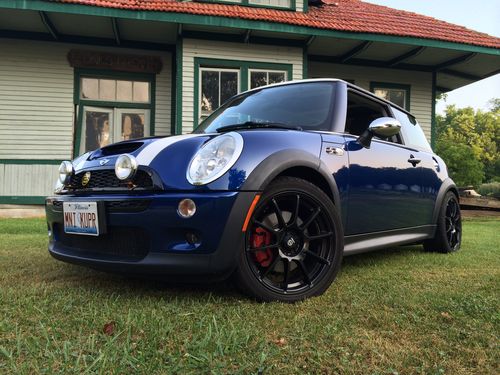 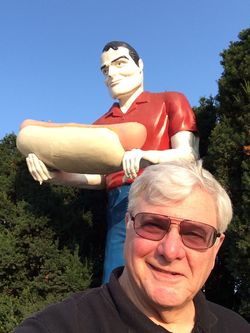 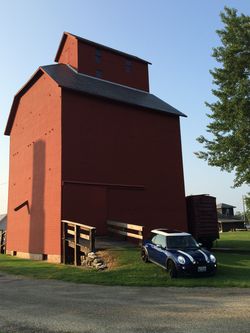 Next stop . . . Atlanta, IL to see Paul Bunyon and a historic grain elevator. 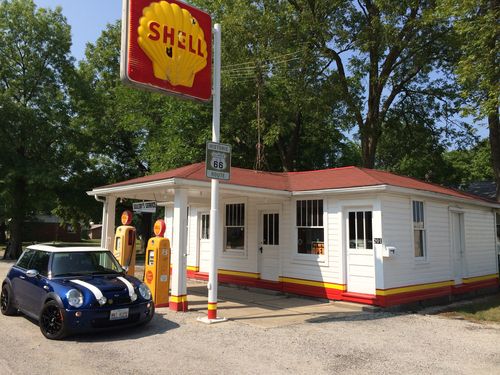 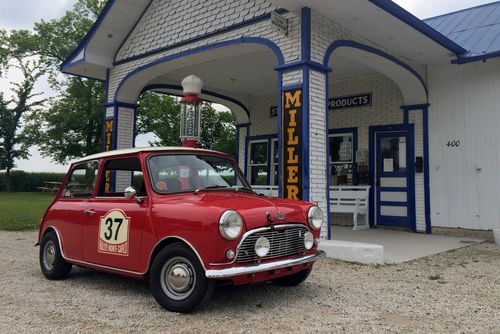 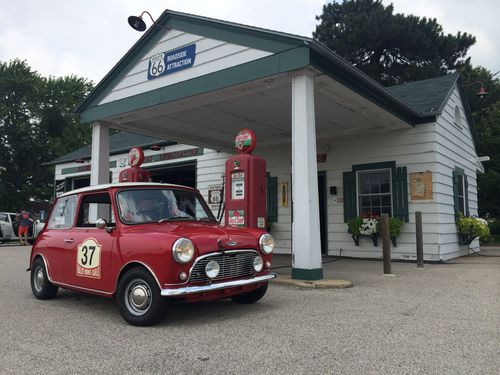 Why is this of interest to ME?!   Because Paddy was built by Mini Racer Dyrk Bolger , owner of Classic Motor Works, in Winnipeg CA.  Right after I brought Paddy home in 2012, I contacted Dyrk and he confirmed that he did build Paddy for a client and that the car was later sold to an owner in California.  Dyrk said that he put in a crate 1275cc Series-A engine in at that time.  In California,Bill Gilcrease of Mincomp Racing rebuilt the existing engine into a high-performance 1380cc unit.

Dyrk Bolger is the owner of CLASSIC MOTOR WORKS and has a long history of competitive racing, rallying, and restoring British cars. Dyrk is a three-time TARGA Newfoundland rally competitor, former ice racer, and regular front runner on the vintage racing circuits in his Austin Mini.

In addition to being a MOSS Motors Distributor since 1986 providing parts for British sports car enthusiasts, Dyrk is also a Distributor for PYROTECT race wear and safety equipment, a dealer for HANS devices, and specializes in developing/building performance engines for race or street use. CLASSIC MOTOR WORKS is the exclusive North American supplier of AMERICAN RACER (AR) race tires. A lucky Mini racer will win a full set of AR tires at the Mini Challenge in 2014! Dyrk is also offering a special racer discount to all 2014 Mini Challenge entrants on AR tire purchases. The AMERICAN RACER race tire meets the quality and construction standard of the Hoosier 10” TDS Mini tire, and is very competitively priced.

The Sportscar Vintage Racing Association (SVRA) has approved the AR tire for use in the 2014 Can-Am Mini Challenge Race and for the 2013 racing season.

Last year the Classic Minis United (CMU) group chose Wytheville, VA as the base for the 3 day driving adventure - Mini 54. It was located in the foothills of the Blue Ridge Mountains.

Wytheville is known as "The Hub of Southwest Virginia" and "the Crossroads of the Blue Ridge". As with all CMU events, we like to drive, and that's what we did. We had drives each of the three days with plenty of stops and things to see. Add in the nighttime activities, scavenger hunt, live Bluegrass band, swap meet, and we had the most amazing classic Mini event in North America!

Below are a few pictures of Paddy during the event - 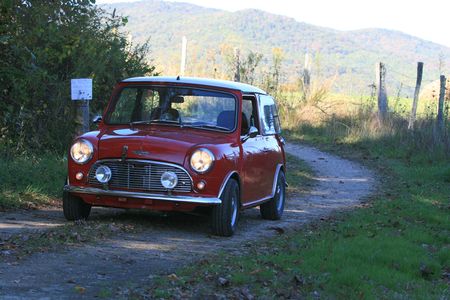 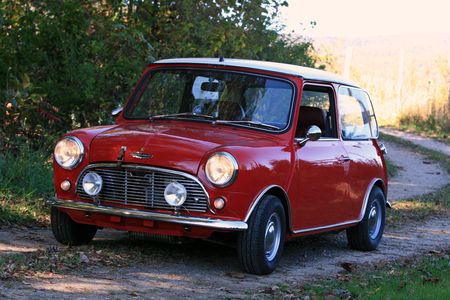 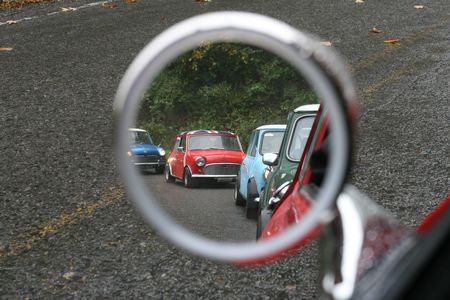 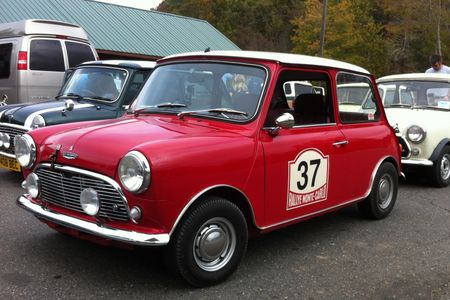 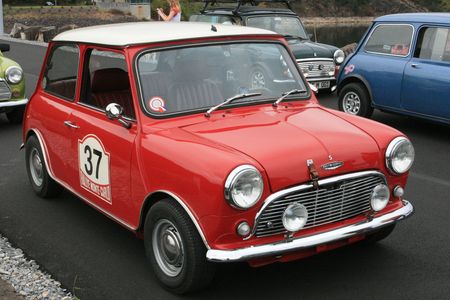 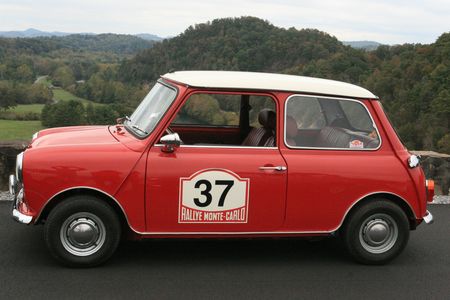 I just realized that I only posted my Classic Minis United photos to my Facebook page.  Duh!  So, belatedly, I'm providing the link below to my Walgreen's Photo account where you can view them and order them if you see one that you're in or you just like.

I've uploaded my Mitty photos to Walgreens Photo Center photos. Once you have checked out the photos you can order prints and upload your own photos to share.